Coming Soon is a section for the presentation of horror, science fiction or fantasy films of different formats (feature films, short films, series, miniseries and documentaries). An event focused both on projects in the last stages of development, as well as finished films in search of support (financing, distribution, promotion, etc.). Coming Soon is a selection of the upcoming Catalan, Spanish and Latin American productions of imminent appearance. In this session, the trailers and pitches of the selected productions will be presented. 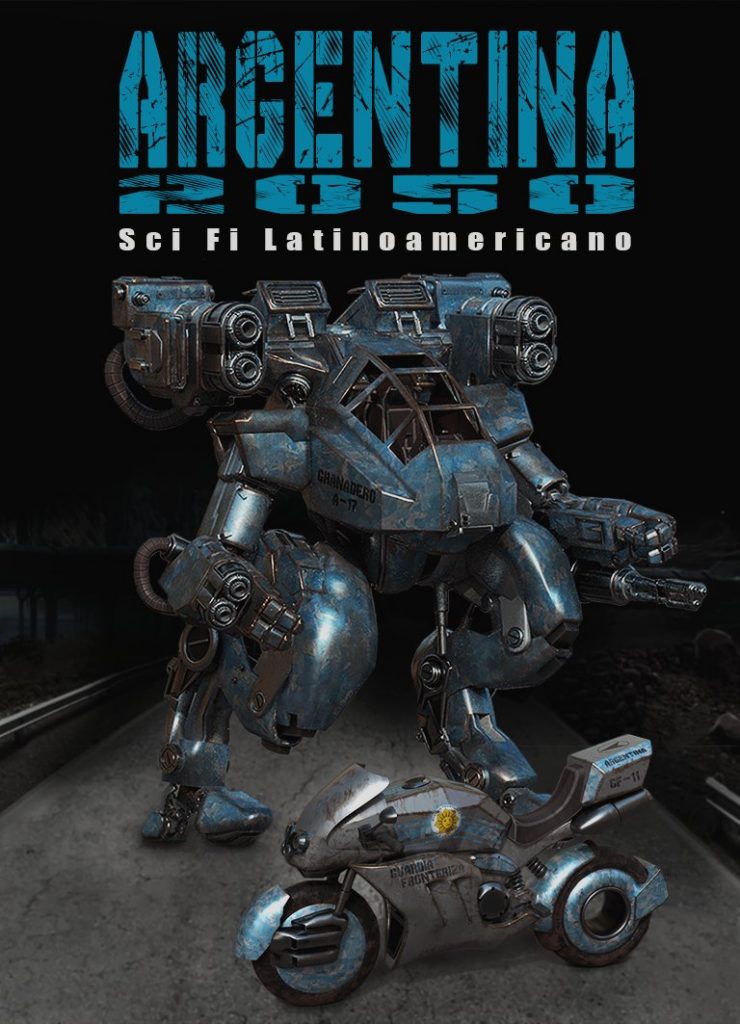 Lionel and Diego, two Border Guardsmen from southern Argentina, have been incommunicado for a couple of days. Lionel sets off on his motorcycle to check the nearest radar. He gets stranded due to a mechanical failure. A radio communication informs him that he is in a restricted area of the New World Order Government, that he must surrender to be arrested or he will be destroyed. Lionel refuses and claims he is in their territory. They begin to pursue him with three large Drones. A support unit comes to his aid and Diego in a Mecha tries to get to the confrontation in time. The danger has just begun. The adversary is much stronger and wants control of the water. 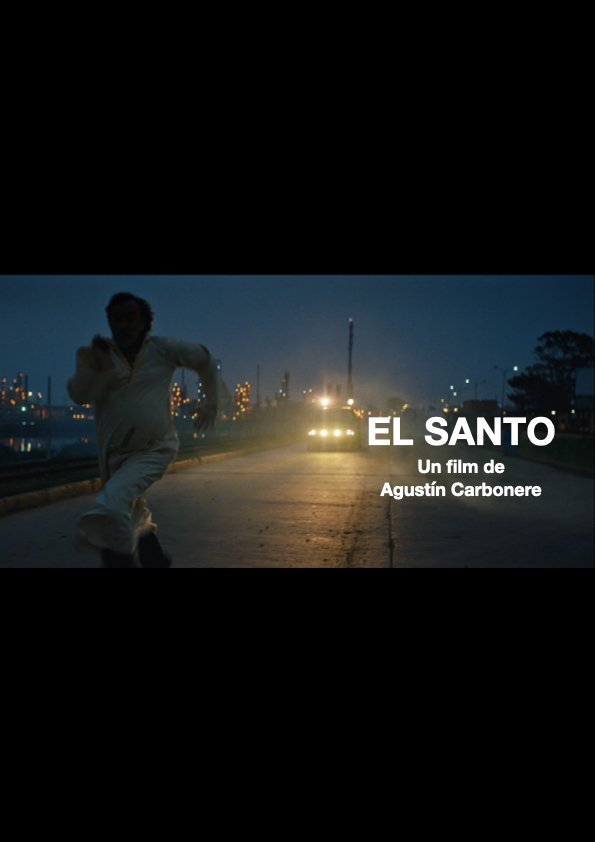 This is the story of Ruben, a healer with a humble background who attends his patients in a small commercial where he also lives. His fame is moderate, but not his healing techniques, which are extravagant and disturbing. With the appearance of Benjamin, his luck will change: he will become popular and generate a cult around him, which will grow and become a saint in the eyes of the rest. But that fame will end up being his own hell. 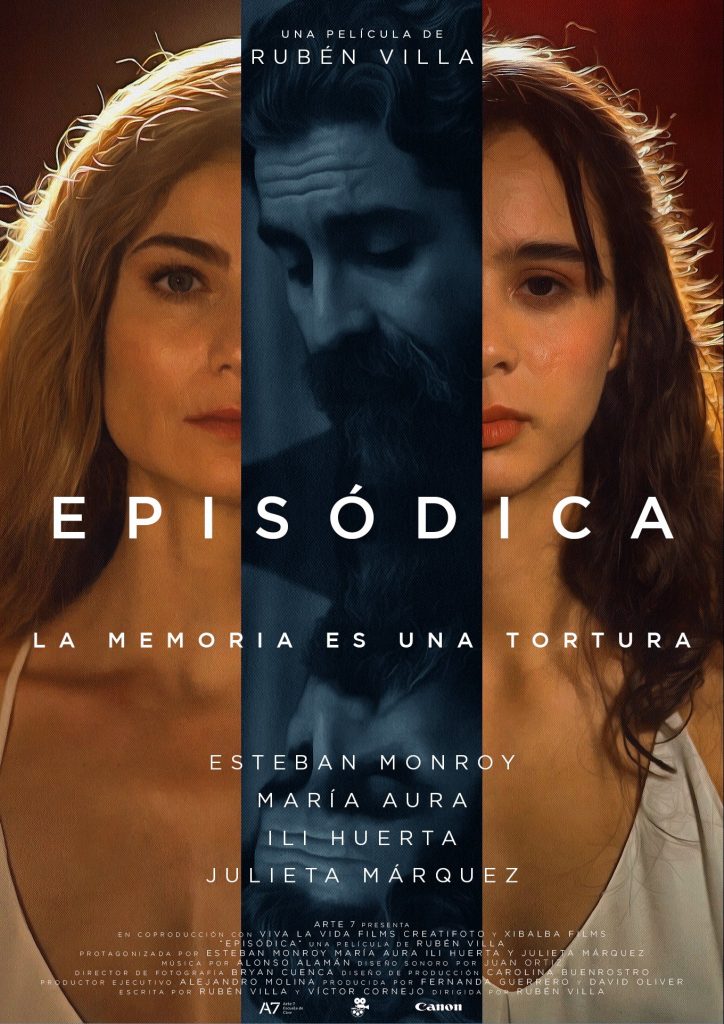 David, a successful therapist, is the author of a method never seen before in psychology: a machine that allows him to alter the most painful memories of his patients. His wife, Lucia, is the victim of a strange disease that will kill her in a short time. The solution seems to come in the form of Sofia; a patient of David’s who asks him to use his machine to rewrite her entire life. David comes up with the idea of tricking her into transferring Lucia’s memories to him instead. Lucia refuses, but the fear of dying and her obsession to complete her self-portrait, which she considers her legacy, convince her to accept.

David and Lucia (In the body of Sofia) manage to lead a normal life after erasing the memory of her crime to live in blissful ignorance. But erasing the memory does not erase the acts and the farce they have built begins to crumble as the atmosphere in the house becomes stranger and Lucia again shows symptoms of the mysterious illness. The only solution is to see in Lucia’s memories the truth that they omitted, which leads them to discover that these are not the only memories that have been erased and that there is a dark past that David hid years ago. 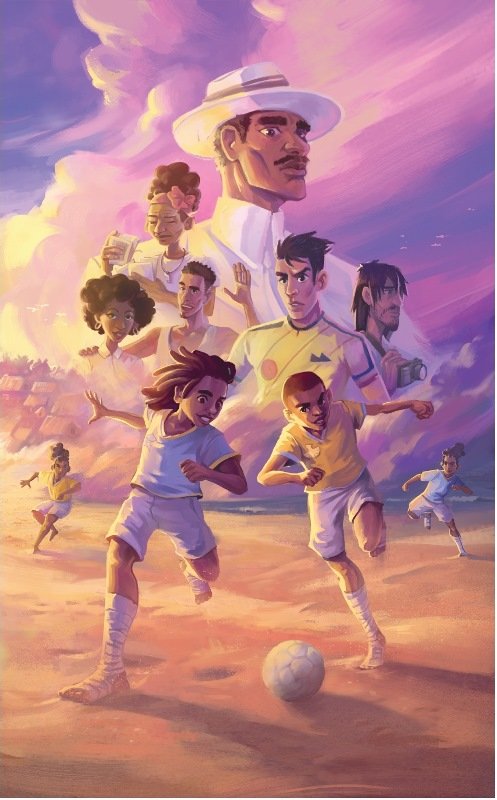 The envy of Yago, a fisherman, causes an accident in which his brother and his father die. Desperate, he asks to La Muerte, a lady who always dresses in white, to take him away and allow him to join his family in the land of the dead. La Muerte refuses and as punishment forces him to serve him. Since that day, the fisherman became a faithful servant of La Muerte and traveled around the world to cause wars and conflicts for her to collect lots of souls effortlessly. Yago left his native island leaving behind Berta, his only friend, a 12-year-old girl.

After 70 years of good services, La Muerte considered it was time to free the fisherman and entrusted him with the last mission of provoking a conflict on the island where he was born. For this last trip, the fisherman posed as a very important official and ordered a new and unnecessary school to be built on the island. As no one wanted to enroll their children in the new school, Yago suggested to the mayor of the island that issue a decree that forces half of the children to occupy it. Everyone on the island got upset and protested because they separated the children. To calm everyone’s spirits, the faithful servant of La Muerte promised a soccer match between the two schools, the first official match on the island.

Yago’s plan went perfectly. The inhabitants of the island were divided into two groups and Freddy and Willington, two twin brothers known for being the best players in the place, were left in opposing schools and teams. Yago was especially interested in those two children because they were the benchmark for everyone on the island. If he managed to antagonize the two twins, each as captain of his school’s team, everyone watching the game would antagonize and the island would be a battlefield.

Through tricks and lies, Yago manages to get the twins to play the game against each other, and he also gets Freddy and Willington’s parents not to be at the game, so they won’t stop them if they see the two brothers fight. The confrontation between the two brothers goes according to the plan of the fisherman and the people of the island seem about to start a much bigger conflict. In the decisive moment of the match, the one with the greatest enmity of all, both brothers reconsider the situation, decide to leave the match in a draw and leave the court. The example of the twins motivates the reconciliation of the people of the island and makes Yago resign himself to continue as a servant of La Muerte. The fisherman then decides to take advantage of his visit to hug his only friend once again, the girl who waited for 70 years for him to come back to see him again.

What Yago did not know was that his sentence had been served, La Muerte no longer wanted to use him and she made him return to his island so that he could say goodbye to Berta before she died. She also wanted Yago to take one last lesson before rejoining his relatives. In the end, the island remained united and Yago died peacefully. 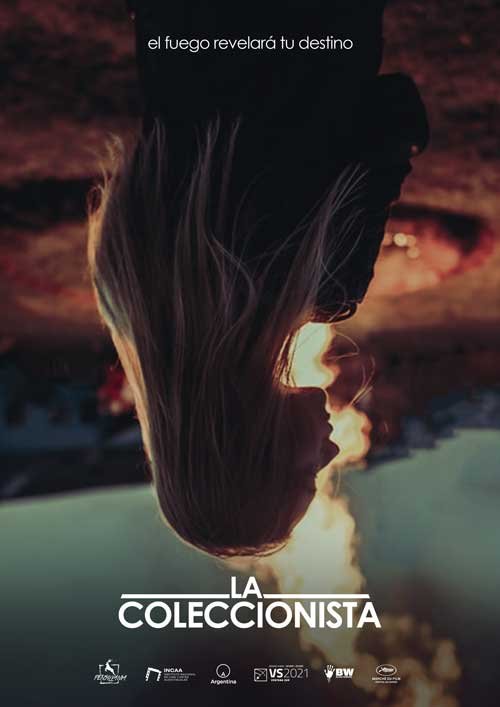 A young book addict is orphaned after the death of her mother. Abused by her aunt and uncle, she is adopted by her only friend’s mother, and they move together to the lake house where the woman has been living since her divorce. There, her friend’s father attempts to study a meteorite that resides in the lake and take over the surrounding land to exploit it economically. These actions will awaken an ancient pagan cult that lives in harmony with nature, and Ana will be among his plans to protect the forest and what is left of her forgotten faith. 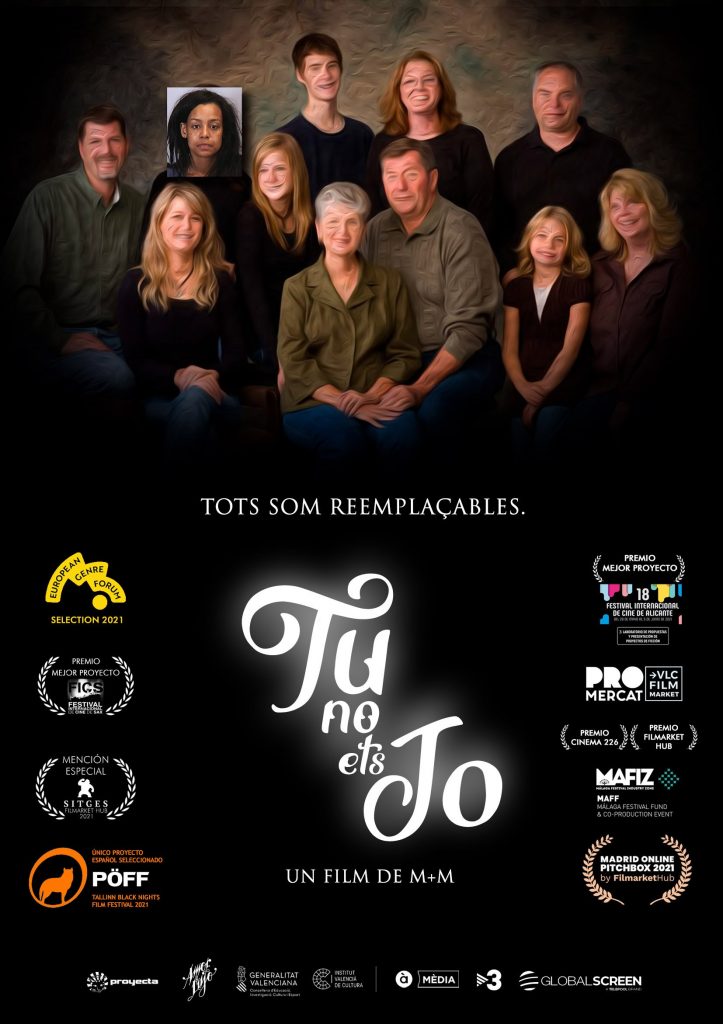 After a long absence, Aitana returns home for Christmas and finds that her parents have replaced her with a stranger who wears her clothes, sleeps in her room and is treated like a daughter. From that moment on, moved by jealousy, suspicion and misunderstanding, Aitana will try to find out what is going on and who is the intruder who is taking advantage of her family, pulling the thread until she discovers an unexpected and disturbing truth.