Meeting that brings together entrepreneurs from the audiovisual sector who are starting in the industry with professionals with long experience in creation.

Producers Meet Producers (PMP) is a meeting between emerging and senior producer companies that enables entrepreneurs in the audiovisual sector to approach the industry, with those professionals with long experience of creation. The program, organised by the PAC (Audiovisual Producers of Catalonia) and the City Council of Sitges (Economic Promotion), in collaboration with Sitges Industry, aims to bring value and visibility to the figure of the audiovisual producer, inside and outside the sector, generate industry and weave a network with emerging talent. The act combines personal coaching with a networking act involving all guests. PMP is an initiative that supports all audiovisual formats.

This program is funded by:

Ibán Fernández is a partner and executive producer of the production company Lee Films.

Diploma in Marketing and Advertising by the CENP of Madrid.

Dafter working indifferent advertising agencies such as Young & Rubicam, Ruiz Nicoli, McCann Erickson, Publicis Casadevall and in the production company Nada Films between 1990 and 2001, joined Lee Films in 2002 as a producer where today he is a partner and executive producer, making it one of the reference production companies in Spain, having produced more than 1,000 commercials in four of the five continents, in countries such as India, China, Kenya, Cuba, Marruecos,  Ukraine, Latvia or the most classic USA, GB, Argentina, Chile and South Africa.

He is currently immersed in different content projects for Amazon Prime, Olimpic Channel and in the production of short films with works such as “La Inquilina” with Belén Rueda as the protagonist and the short film “Ahora Vuelvo” which is currently in pre-production. 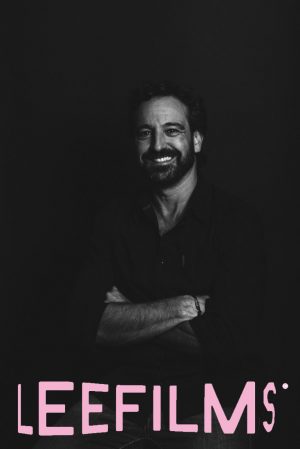 This program is funded by: